During the broadcast of the 700th episode of Corsten’s Countdown, Ferry Corsten announced he will no longer be continuing the radio show under its current name and format.
Starting next Wednesday, Ferry Corsten will kick off his new radio show concept, Resonation!

“It’s time for a change, at times we need to do that. Sometimes we need to shake things up and want to move forward with some fresh new stuff,” Ferry Corsten said during the broadcast.

“It’s going to be a platform for new music of course, as we’ve done with Corsten’s Countdown for 14 years and 700 episodes, but Corsten’s Countdown was a format, you guys vote for your favourite top three tracks, meaning that we only have a limited time to play tracks that we really feel deserve more plays, because they get voted out or we just simply need to move on with new music. Resonation Radio will do that!” Ferry Corsten unveiled.

Resonation Radio will be streamed on YouTube, Twitch and Facebook every Wednesday at 8PM (CET) LIVE from the ASOT radio studio in Amsterdam.

With a strong focus on the future of Trance, Ferry Corsten’s new radio show Resonation is sure to be a hit with fans! 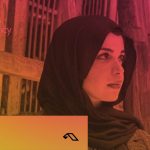