SoundCloud’s future has been up in the air, pretty much in the clouds for quite a while now. While the shenanigans floating around its demise have always looked bleak for the formerly innovative musical platform, miraculously, it has been able to dig its heals in and slow the process at least. With the turmoil brought upon it by the major labels, the criticism from artists and fans alike about its strike policy and the many failed investment opportunities that have passed it by, it is reported the German company wants out.

While SoundCloud is reportedly saying its value is $1 billion, it is supposedly having issues locating a buyer that sees the company being worth the asking price. Even after the ad-free subscription service launch and Twitter’s investment of $70 million to allow the struggling platform to “enable SoundCloud to remain focused on building value for creators and listeners alike”, there seems to be a lot of uncertainty around the company, with investor Doughty Hanson & Co. “exploring strategic options”. We’ll continue watching for updates on this situation, but with an asking price of $1 billion, we might be waiting for an update for a long time. 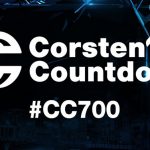