Tomáš Malina, better known to the world as Thomas Coastline, passed at age 35 from a continuing battle with cancer. The young trance producer and DJ was a powerful force not only in the Czech Republic’s trance scene but also in the world at large, working with talent in the upper reaches of the genre’s stars over the years. His catalog of music, now likely closed for new releases, spans over a decade.

Thomas Coastline escalated into the trance market thanks to breakout tracks in 2009, including the A State of Trance supported “Afterhour” on Redux Recordings. The early support from the global trance radio show aided Thomas into the market. He found label homes in the underground trance standard-bearers like Unearthed Sounds and Infrasonic. He found remix opportunities on major labels like High Contrast Recordings and Black Hole.

More recently, while battling cancer, his performance and production schedule trickled down, but his spirit never let up. He continued to release music on recognizable labels like Driftmoon Audio and Pure Trance. He worked directly with Driftmoon and Susana in 2014 on the Trancefusion anthem, “Time To Say Goodbye,” a track that eventually featured remixes by ReOrder and Talla 2XLC.

His final single release came in January 2020 – a collaboration with ProggyBoy titled “Light At The End” released on Redux Red. The uplifting melody and energy of the track belie the undoubted turmoil going on in Thomas’s life at the time. Watch him play it live at Transmission Prague 2019 for a taste of his sound.

It is possible that more of his music will see the light of day despite his passing. Thomas posted on Facebook that he and ProggyBoy were working on a follow-up single to “Light At The End” back in April of 2020, so his legacy may not be closed and posthumous works may still see releases.

Thomas’s spirit will also live on in the efforts to support cancer research and the hope for an eventual cure. He founded a non-profit organization called Trancer Against Cancer a couple of years ago which donated all proceeds into cancer research. Aside from merchandise, the brand also held fundraising events, such as the 2019 club night in Prague featuring Thomas himself, Luigi di Mare, Artento Divini, Sied van Riel, Driftmoon, ProggyBoy, and Dusk.

Transmission also released a tribute video today and tributes continue to pour in from artists in the trance community as well. The likes of Ferry Corsten, Stoneface & Terminal, ReOrder, Solarstone, Susana, Marcus Schössow, and more. In our own way, we offer our condolences on the loss of this young trance star and celebrate his memory with one of his biggest final performances: 2020’s Transmission Live event held at EPIC in the Czech Republic due to the COVID-19 pandemic. 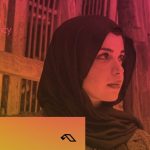 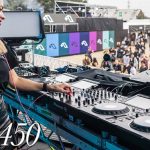